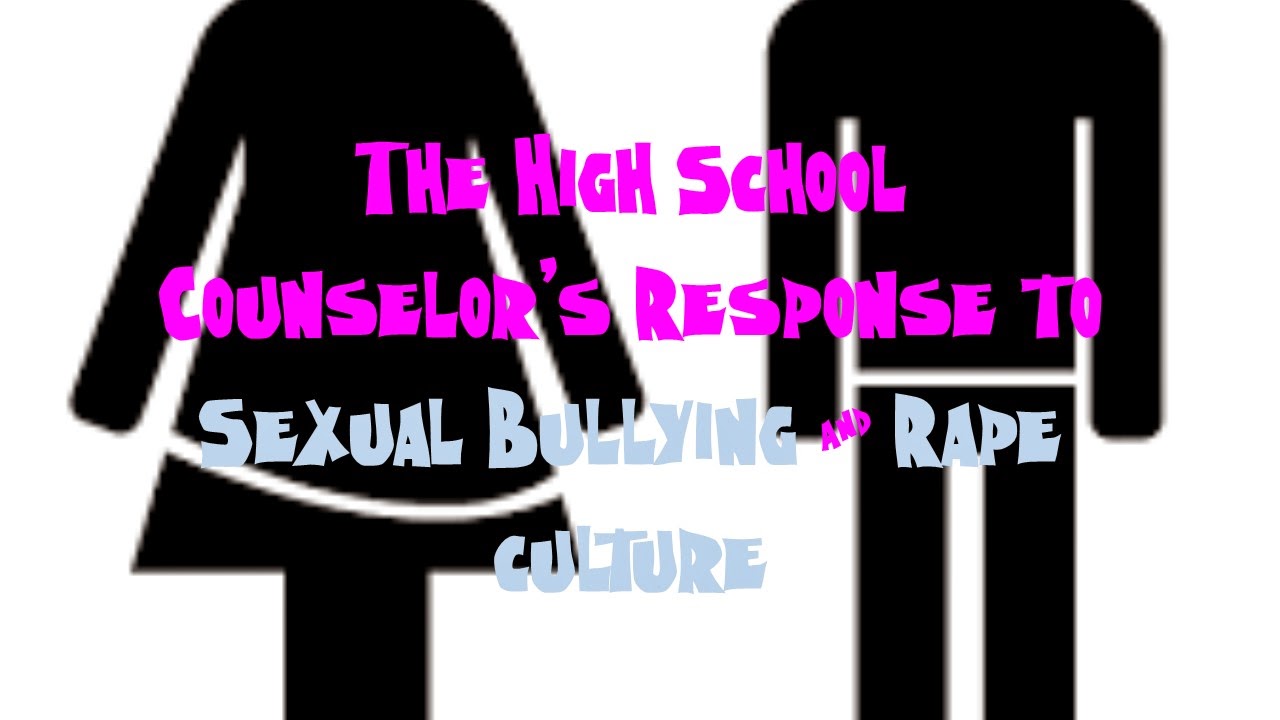 To be honest, I had a difficult time writing this post.  Maybe it is because of the topic or maybe because I am guilty of participating in this type of behavior myself.  Talking about misogynistic behaviors that produce slut shaming and rape cultures by both males and females is not always easy or acceptable.  You may be thinking how I contributed to this culture...well, I did and I am not proud of it.  Here is just one of my shining moments...

Out of all our friends in high school, Molly (not her real name) was a "tall poppy".  She was dating a 19 year old, she was able to stay out until as late as she wanted, her parents let her go away for the weekend, and she was quite well endowed for her age.  Since the rest of our set of friends did not have those freedoms, we would frequently talk about her behind her back (even though we all secretly looked forward to experiencing those same freedoms).  Outside of school, it was all

too common for our mothers to talk about her.  I remember two of my friend's parents commenting that Molly's mother should be ashamed to "show her face in town with a daughter like that!"  Also, when she would walk by our group at the football games, our guy friends would cough out the word "slut" while we girls would giggle.

Welcome to the world of girls.  While guys are encouraged to stand out amongst their peers, girls will criticize you for it.  Although, we secretly wanted to have the freedoms of Molly, we all joined in to tear her down. There is a phenomenon called the Tall Poppy Syndrome which stemmed from the jealously between the colonists who settled the colony of Australia. Tall Poppy Syndrome occurs between people of the same social status who criticize and try to cut down a person who has improved his or her social position or reputation.  Whether the reputation is real or perceived, it becomes easy for peers to try to harm that person in order to improve their status in the group.  Either the person succumbs to the pressures of the group to embrace their new reputation or they decide to fight back.  I think Molly finally decided to embrace her reputation as a bad girl rather than fighting back against our group.  Maybe she had been taunted for her sexual charisma for so long that she decided to "just go with it".

This type of behavior by females against other females is well documented in primate behavior according to classical feminist theory. When females are united in a cause, it reduces male aggression toward the group. However, as a male group gains resources, makes alliances, and creates a common ideology, many females find it more advantageous to ally with the males rather than other females. I saw this phenomenon occur at my school recently.  A girl and guy were having oral sex at school and another student videotaped the girl performing the act. The video was posted on Twitter and immediately the sexual bullying started.  Female students confronted the girl during breakfast and began attacking her verbally with names like "slut" and "whore".  In a rage, the girl began to physically lash out at her peers and she was escorted to the office.  After the principal found out about the reason for the fight, she tried to inquire about the young man in the video.  Instead of exposing the guy, no one would reveal his true identity because they did not want him to get in trouble.

What really got me thinking about this concept of sexual bullying was the story of Emily Lindin. Emily was 11 years old when she experienced her first "passive" sexual encounter with her boyfriend.  After the encounter, her boyfriend proudly announced his conquest and how she was a slut for allowing him to do that to her.  When the word got around that Emily was going to third base with guys, her friends saw an opportunity to improve their status from her defamation.  They began to talk about her, call her names, and even go as far to savagely bully her online.  From one mistake, she was now the school slut. According to Leora Tanenbaum, author of the book Slut! Growing Up Female With a Bad Reputation, the term "slut" can be given to a girl from one real or perceived indiscretion. Unfortunately, it can take months or years for her reputation to be reclaimed.

After hearing about the suicides of Amanda Todd and Audrie Potts regarding the defamation of their reputations, Emily started a movement called the "Unslut Project". The purpose of this project was to enable girls to reclaim their reputation from sexual bullying by peers.  By sharing her diary and collecting stories from others, Emily wants to expose the issue of sexual bullying and slut shaming.

Here is information about the campaign and a snippet from Katie Couric featuring Emily Linden.

Katie Courie Video
This is the last video about the unfortunate events that led up to the tragic suicide of Amanda Todd.﻿

Unless you live under a rock, most Americans have heard about the Steubenville rape case.  The case involved a young girl who attended an after party following a football game and was raped while she was heavily intoxicated.  The girl was horribly bullied on social media and even the grownups at the high school tried to cover up the assault. Finally, a group of justice seeking upstanders exposed the two football players who raped the student.  Since girls are taught from an early age to be aware of their surroundings and the level of alcohol they consume, our society blames girls for the complicity in their own assault. The thought is that the drunken female has given her consent if she is intoxicated!!

Rape and the Intoxicated Victim

In the Time magazine article Rape Culture is Real, Zerlina Maxwell asks her readers to respond to the hashtag #RapeCultureIsWhen.  Here are some responses:

In an article by the Huffington Post following the Steubenville case, many people on social media used blaming language against the victim.  One comment like "So you got drunk at a party and two people took advantage of you, that's not rape you just a loose drunk slut" shows the propensity of our society to blame the victim for somehow causing her assault. This belief has allowed potential perpetrators to rationalize their behavior based on our culture's willingness to discount individuals who are intoxicated while they being assaulted. Not only does our culture blame women, but it teaches males that it is okay to assault females.  Take the Subreddit site called The Philosophy of Rape which celebrates the corrective rape of sluts and harlots.  Here are two short quotes from the site:

"We’re talking about filthy, unmitigated, sluts. Oblivious and loud. Shameless. Belligerent. Entitled. Selfie taking, Tindr-whoring, Teenage-walking-herpes-sores. We are talking about bad, bad, individuals. Unruly,neglected (sic), children, run-amok. That badly need to be punished. Badly. For the good of society these women need to be raped. Here we will teach how to do it safely."

"These harlots need to be Corrected. I so far have Corrected 7. Two last year but over five already in 2014 and a brother I’ve brought into the fold has already Corrected his first one, a vile, putrid, one."

Not only does sites like this exist, but there are violent messages in music (Kayne West, Robin Thicke, & Nicki Minaj) and movies that perpetuate the ideals of rape culture.

What Can School Counselors Do?

So, what is the answer to these societal issues of slut shaming and rape culture? I read an article by Nina Burleigh regarding sexual bullying and she reported that violence against girls is growing, becoming more brutal, and attackers are younger than in recent years.  We as school counselors have a great opportunity to educate our youth about sexual bullying and rape culture.

What are some of strategies you can employ in your school?

1. Gender violence and bystander training for staff and students.
2. Partner with coaches to institute the Mentors in Violence Playbook to teach high school males how to mentor younger males to prevent sexual bullying and rape culture.
3. Conduct parent training on how to protect their teens.
4. Incorporate peer education by starting a White Ribbon Campaign.  The White Ribbon Campaign asks men and boys to pledge to never commit, condone, or remain silent about violence toward women or girls.
5.  Promote Dating Violence Awareness during the month of February.

6.  Encourage staff and students to report misogynistic website that are harmful to girls and guys to the FBI.
FBI Tipline 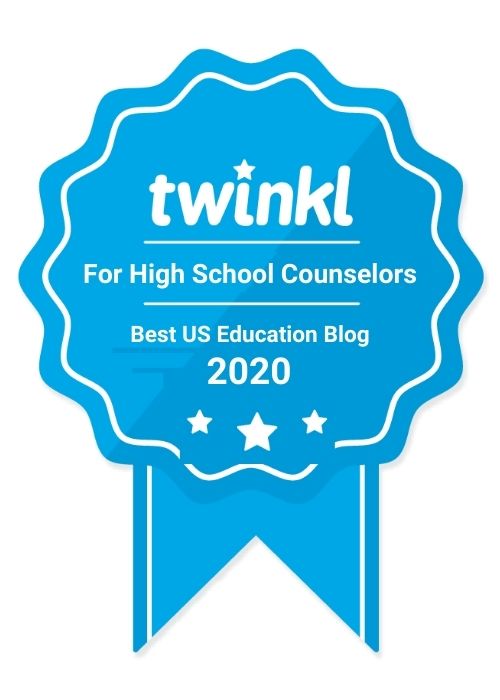 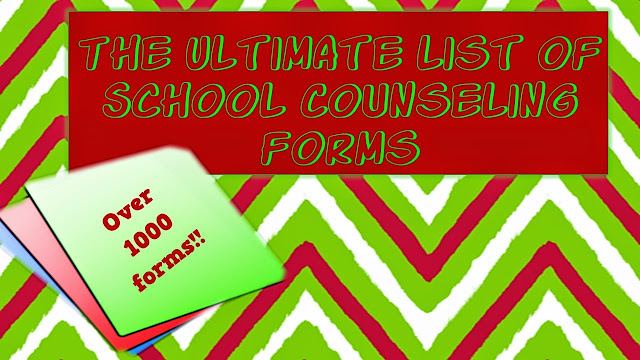 Hello, my name is Cindy and I am a formaholic!    Whether electronic or traditional, I love forms of all kinds and I use them in various ways. For me forms keep me organized, help me keep accurate records, provide information to parents and students, assist in documenting meetings, and allow me to make referrals.  Because I have been a school counselor since (cough) 2000, I have accumulated and created lots of documents.  If you love forms as much as me, you will LOVE this blog post!!  Below, you will see original forms that I have created and borrowed from other schools and school counselors. In all, there are over 1000 forms available in this post. So, have fun modifying for your own use! Academic Check In/Check Out  - From Carol Miller of The Middle School Counselor Blog. Appointment to see the counselor ASCA National Model Templates Audit Sheet  Coffee With the Counselor   - From Carol Miller TPT Store. College Application Organizer for Students College Cos 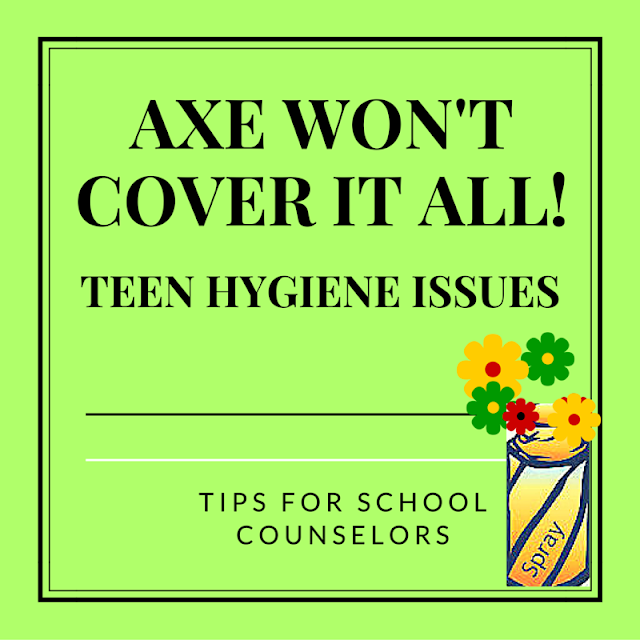 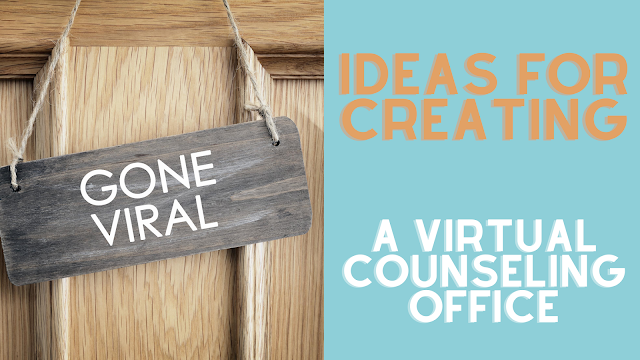 With the summer coming to an end, school districts are finally solidifying their plans of direct or digital learning for students and staff.  Although your school may be starting or transitioning face to face, there is always the possibility of going remote at some point during the year.  Our head of school told us to be ready at any time for remote learning and I decided I should heed his warning.  After watching hours and hours of videos, combing Facebook, and searching the internet, I was able to create a list of resources to create my digital office for students.   For my remote office, I am going to join the Bitmoji movement.  Over the summer, I joined the Bitmoji Craze for Educators page and found tons of ideas, images, and inspiration for creating a Bitmoji classroom.  If you are new to the term Bitmoji, let me give you a brief explanation.  A Bitmoji is a cartoon image of your likeness that you can share on different social media platforms and virtual spaces. To create a Bitmo